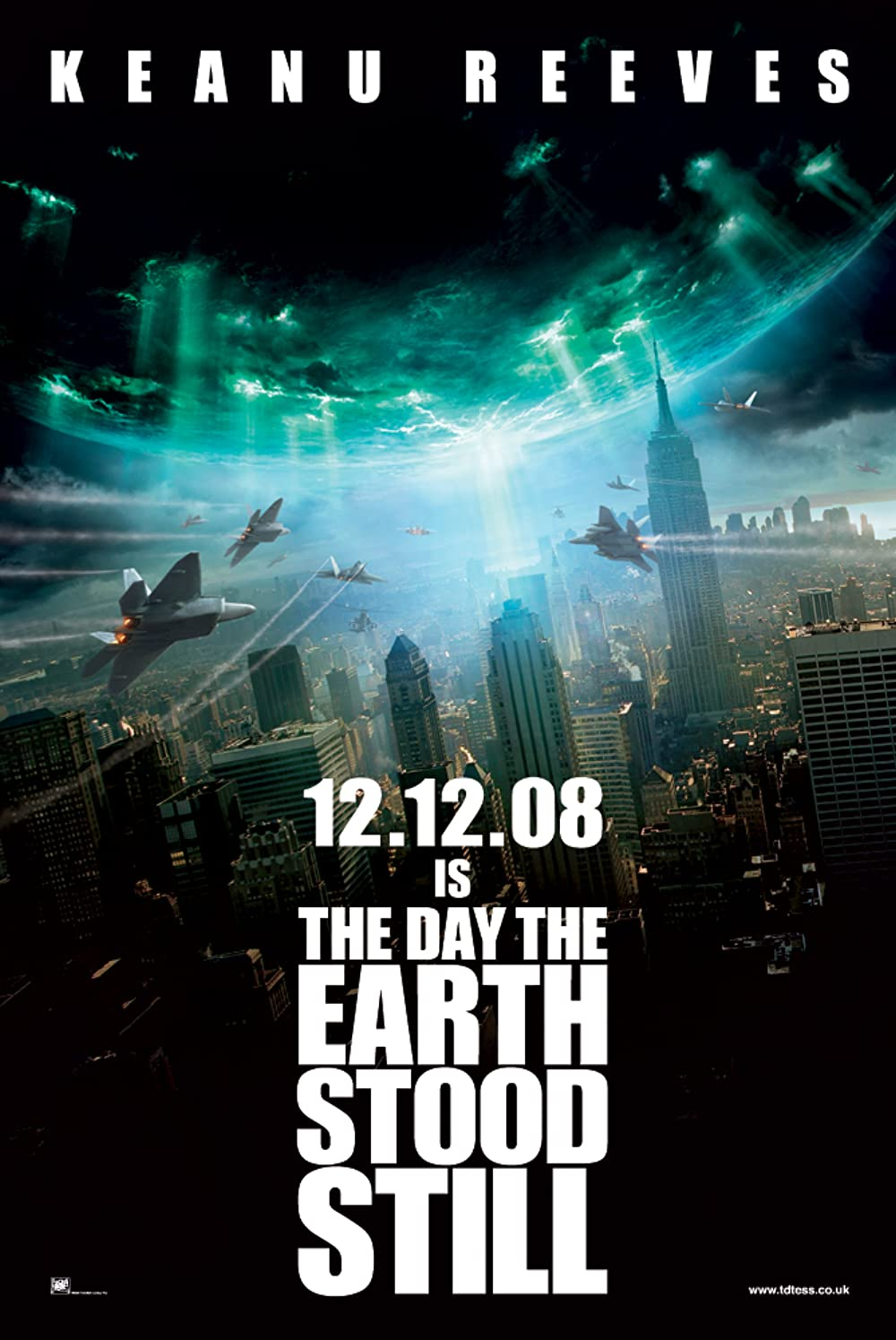 Wow! This was bad.

I am at a loss for words. The film has an apocalyptic”grey goo” scenario in it, and Keanu Reeves as an actor has vastly improved in the past 13 years, but he was wooden in this, and honestly, I don’t think his acting is all that bad, I really think the director just gave him shitty direction.

I feel sorry for Reeves, in a way, to have to turn in this performance.

All the military/intelligence personnel were war-mongering crackpots and jackasses whose solution to every problem was to shoot it.

This remake is not a patch on the original 1951 release.